GERMAN 485: Holocaust and its representations in German Culture

In this course we will explore literary and visual representations of the Holocaust in a variety of aesthetic forms, including documentary and narrative film, drama, the novel, autobiography, and the graphic novel / comic-book. Within the field of Holocaust studies, two distinct approaches have dominated discussions of both epistemology and representation: the realist and the antirealist. We will consider both approaches and raise the following questions: What are some of the problems and advantages inherent in the realist and antirealist approaches? How do films engage with the issue of the Bilderverbot (the idea that certain images—such as death in the gas chambers—are off limits and “beyond representation”)? Are certain forms of representation more problematic or condusive to trivialization than others? How do different representations vary in their portrayal of key concepts such as “victim,” “perpetrator,” “guilt” and “responsibility?” As you read and view, it is important to focus your attention not only on the stories that are being told, but also on the way in which the stories are being told. The question of representation is a question of how: how are ideas, images, and feelings evoked, how are characters and distant places and times called forth in the mind of the reader/viewer? What choices do the writers and directors make, and how do those choices impact one’s experience of the text? While the stories themselves are compelling and at times overwhelming, I will ask you repeatedly to take a step back from the texts and—through this distance—to critically consider what the creator is doing and how his/her choices help to shape a particular kind of memory.

For a complete syllabus of the course, please click here: 485 Syllabus 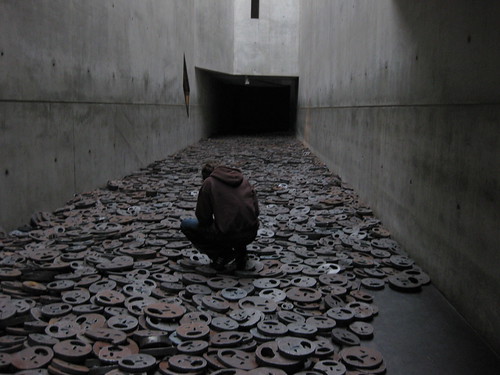